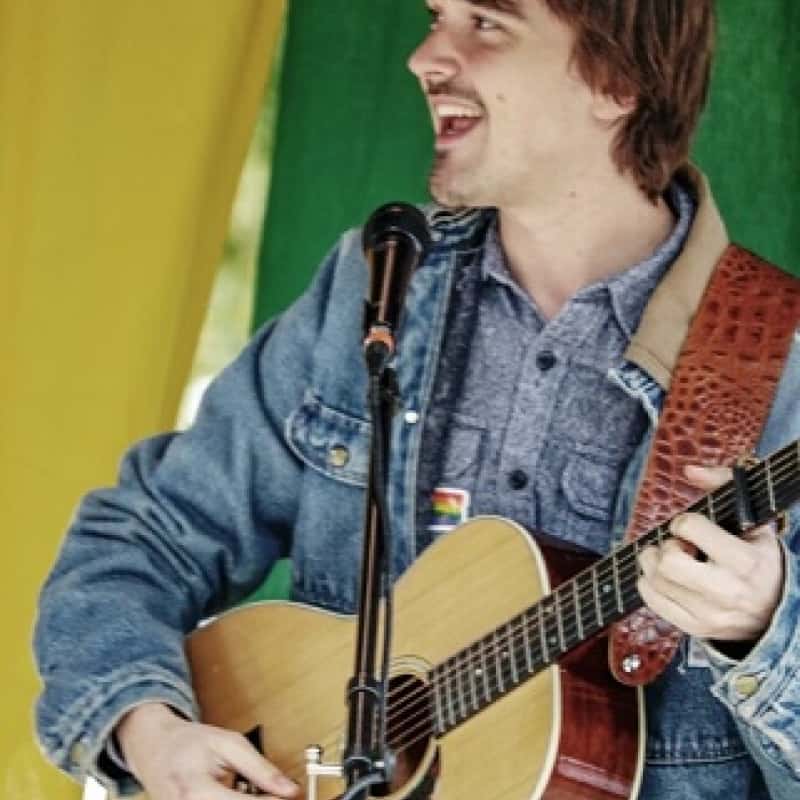 Sam moved to Kentucky in 2010 to enroll at Berea College. Sam performed for four years with the Berea College Bluegrass Ensemble, directed by Al White, including the group’s tours in Ireland and Japan. After graduating with a degree in Folklore, Sam began performing and teaching in a variety of settings, including public schools, colleges and universities, prisons, festivals, and music camps. In 2015, Sam collaborated with producer Cathy Fink and released a debut record of his original songs, titled Ain’t We Brothers, which has been featured by The Guardian and National Public Radio.

Sam has toured throughout the U.S. and in 2016 he toured the U.K. supporting Peggy Seeger. Since that time, he has released three more recordings in collaboration with Tyler Hughes, Cathy Fink, Marcy Marxer, and Deborah Payne. Sam’s fifth record, a collaboration with Saro Lynch-Thomason and Si Kahn, will be released in 2020.