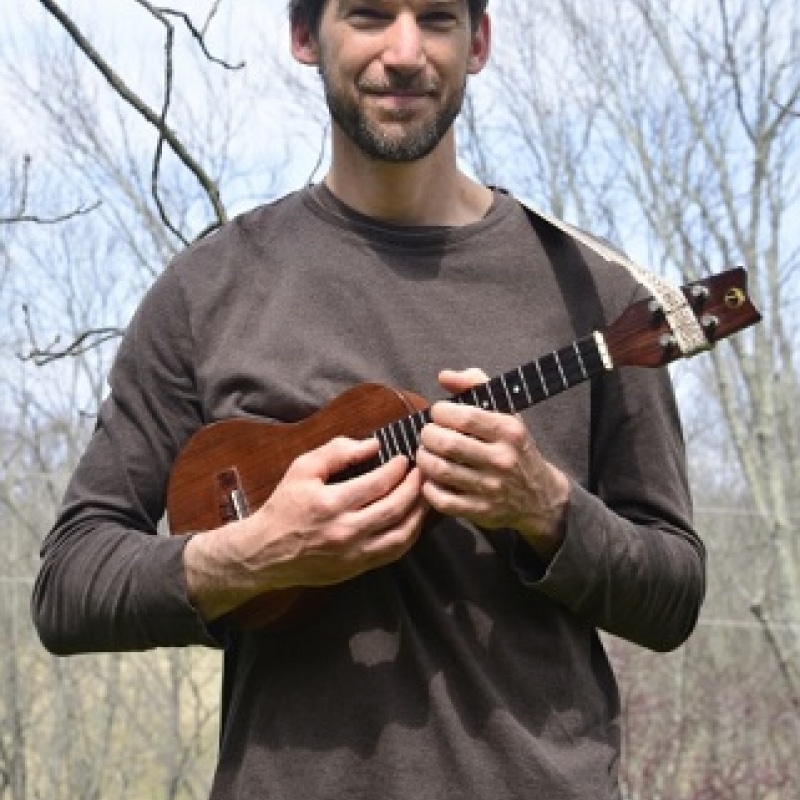 Jesse Wilhite, “Ukulele Jess,” is a singer-songwriter who has over a decade of performing experience. A multi-instrumentalist and recording artist, Jesse makes music with ukulele, guitar, keys, voice, and more.

He uses an imaginative song-writing style and he is a spontaneous performer, spanning many genres, like blues, swing, jazz, traditional, folk, and children’s.

In 2009, Jesse received the Berea College Red Foley Music Award for musical contributions to the community (Berea, KY) and he was a special guest performer at KY Uke Fest in 2017 and 2018. His debut CD, “Gondolele: Buoyant Ukulele Music,” was released in 2018. Jesse is currently writing songs for a second album—-coming soon! Artist and writer Laura Elliot said, “When I listen to Jesse’s songs, my heart can’t help but be lifted by the buoyant tunes and lyrics of his music.”