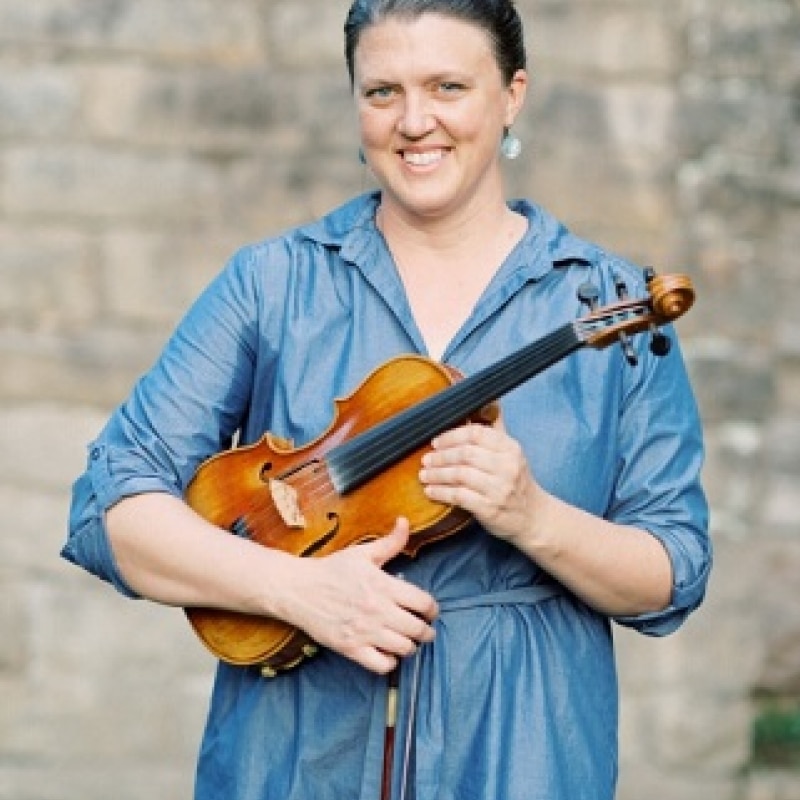 Deborah Payne is a fiddler and singer from Berea, Kentucky. Deborah’s music is strongly infused by some of the region’s most beloved musicians with mentorship by artists such as Jean Ritchie, the McLain Family Band, and Michael Cleveland. Deborah has maintained the traditions of the region playing for folk dances, teaching children’s dance, and providing lessons for area students.

Deborah has played and toured both locally and internationally with numerous bluegrass and old time bands including the Berea College Bluegrass Ensemble, CaneBreak, Sugar Tree, and Sam Gleaves.

She has provided music for touring folk dance groups in Italy, Denmark, Scotland, Ireland, England, and supported the Berea College Country Dancers on a tour of China in 2017.