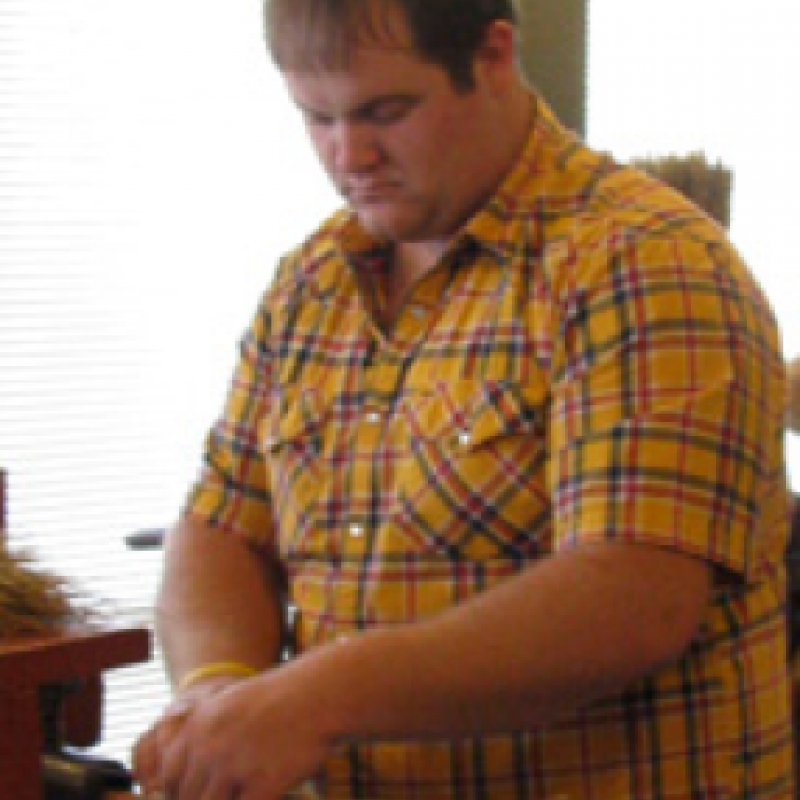 Chris Robbins developed a love of broom making at age 14 when he began working in the broom shop at the BitterSweet Cabins in Renfro Valley, KY.

He learned Broom Making from Jim Harmon, a master broom craftsman from Springfield, KY and in 2009, restoration was completed on an old family cabin which now houses his broom shop.

In June 2010 Chris was hired as master broom maker at Berea College in Berea, KY, where he along with his students produce brooms for clients all over the world.

Back to Working Artists