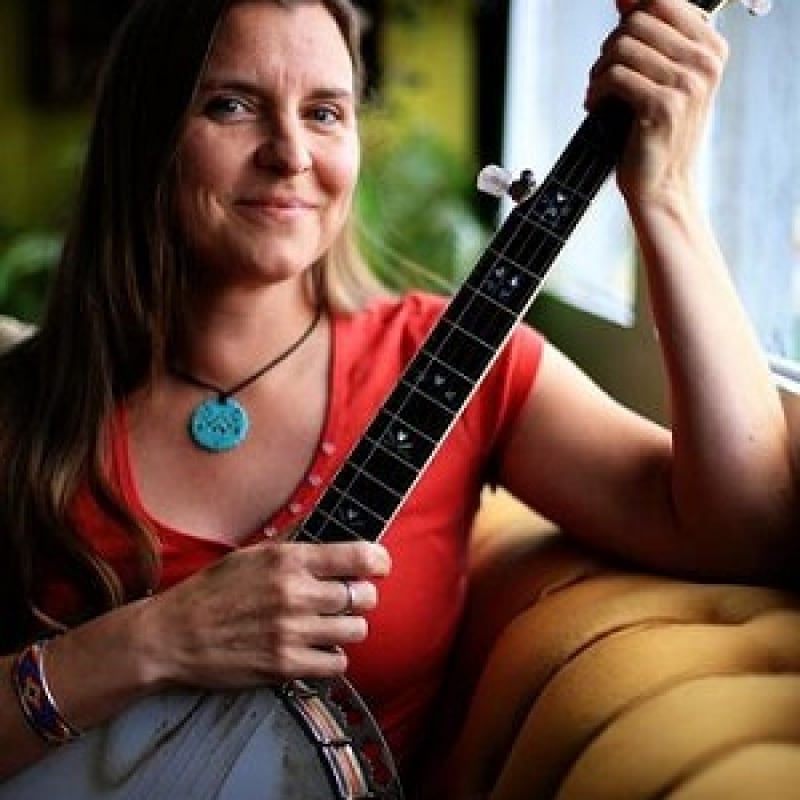 Carla Gover is an 8th-generation Eastern Kentuckian whose work is rooted deep in the music-making, storytelling lineages of her Appalachian origins, where music is a part of daily life, and where singing goes hand in hand with working. Her maternal grandparents, both traditional singers who lived off the land, provided her earliest foundation in the art forms and rural sensibilities that permeate her work, along with the culture-rich mountain community where she was raised. She has been a full-time artist for the past 27 years, during which time she was recognized as a Master Artist in both Traditional Music and Appalachian Dance by the Kentucky Arts Council, and has toured extensively and performed for thousands of students.

Through timeless ballads, socially-conscious originals, banjo, guitar, and traditional flatfoot dancing, her work connects audiences with stories from her family and community to provide a clearer picture of an oft-stereotyped region. An award-winning singer-songwriter, she has covers by major artists as well as songs in film and documentary soundtracks. She has released 6 albums, the latest of which reached #1 on the US Folk Chart. She tours nationally and internationally as a solo artist, with the trio Zoe Speaks, with her family band, CornMaiz Stringband, and with the Cornbread and Tortillas Collective.

Carla is active in community building, multi-disciplinary arts projects in Kentucky and beyond.