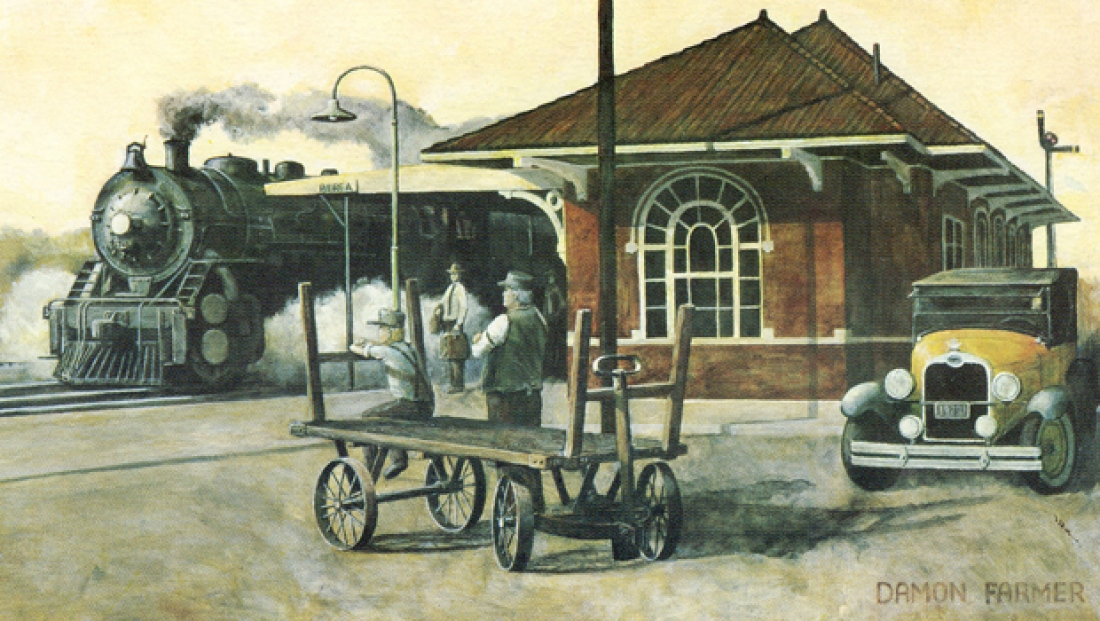 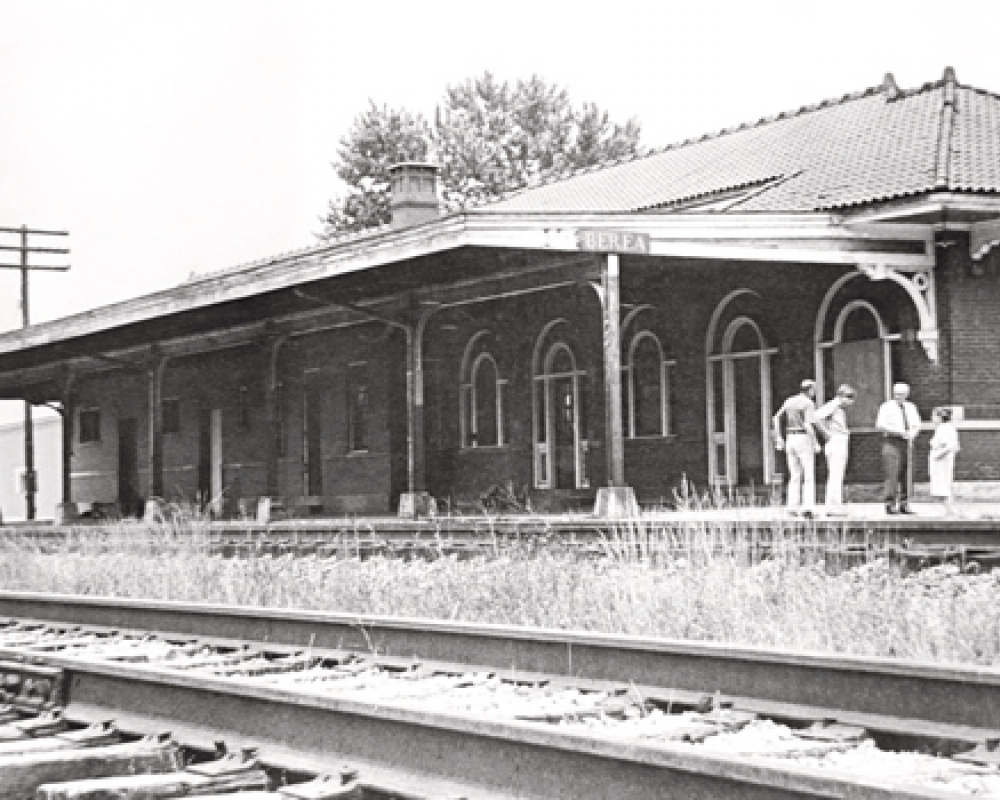 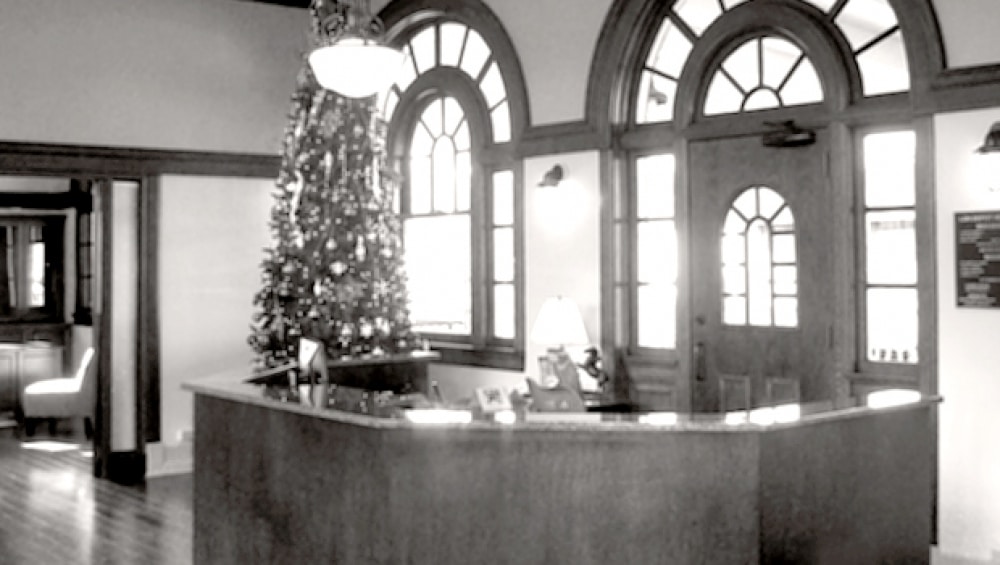 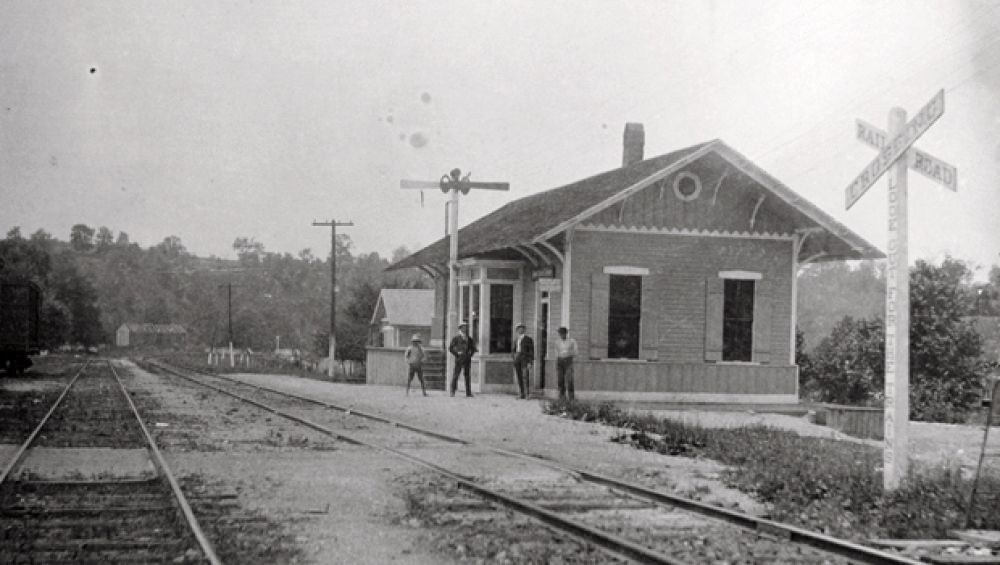 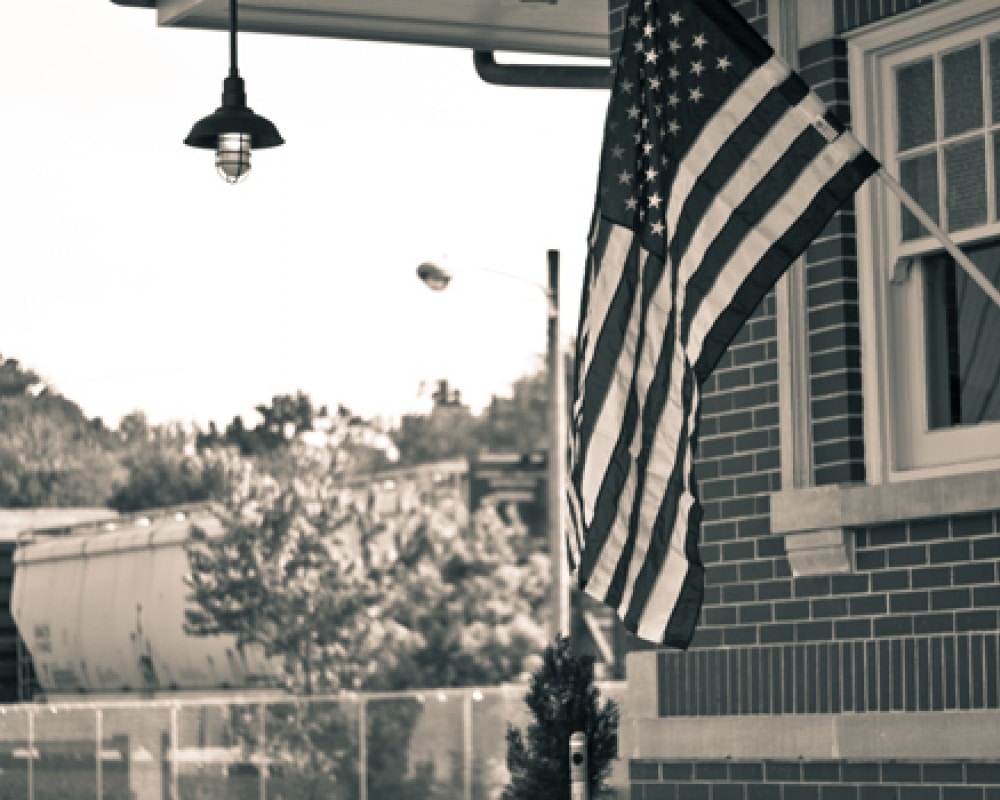 In the spring of 1853, local politician Cassius Clay offered land to the Reverend John G. Fee if he would bring his family and settle the area. Fee’s one-room schoolhouse, established in 1855, eventually became Berea College.

In the early 1870’s, a college committee governing community affairs was looking for ways to open Berea to the outside world. They voted to donate $3,000 to the Kentucky Central Railroad, allowing them to purchase the right of way for a rail line to come through Berea. This was the beginning of Berea’s railroad history.

When the depot was complete, it was the only brick station between Lexington, KY and Knoxville, TN. It is now the only brick depot left standing between Cincinnati, OH and Knoxville, TN. The red brick exterior is accented with stone and brick trim. Raised brick bands frame the openings which emphasize the arches of the main entrance and windows. The long, low overhands of the roof add to the uniqueness of the structure. Another outstanding feature is the wavy red tile roof, with its raised ridges and rounded copper gutters. These elements combine to present a very welcoming exterior, just a prelude to the beauty to be found inside.

The main entrance to the building opened into the general waiting area. The men’s restroom was to one side of this main lobby. The room to the south was the ladies waiting room, with their restroom. To the north of the main lobby was the ticket agent’s office. This room was secured with bars on all the windows. The station master’s office area juts out several feet onto the platform, allowing him a clear view down the tracks in both directions. Also in this room was a separate caged area with a window for the processing of mail and parcels. The next room to the north contained the “people of color” entrance, waiting area, ticket window and restrooms. These “separate but equal” accommodations were required by the 1904 “Day Law”. The next two rooms were for the processing and storage of freight. Large wooden draw doors were on both sides of the building to facilitate unloading freight.

End of an Era

The availability of the automobile and improved roads quickly led to a decrease in rail traffic. In 1959, the Pullman Sleeper service on the “Flamingo” was discontinued. Coach passenger service continued from Cincinnati to Atlanta. The L&N discontinued passenger train service in March of 1968 and freight service by 1969. The one remaining set of tracks is still an active CSX freight line, with an average of 30 trains passing the station daily.

The original parcel was given to Reverend Fee by Cassius Clay. Fee sold it to a local resident in 1868 for $150. After changing hands a few more times, the property was sold to the Kentucky Central Railroad in 1887 and a small wooden depot was constructed. The town of Berea became incorporated in 1890 and in 1891 the Louisville and Nashville Railway Company purchased the line through Berea. Passengers and freight began to move in and out of the depot. Businesses, hotels and home soon filled the “old town” area. When this depot burned, a second depot was built on the opposite side of the tracks. It soon became too small for the increasing amount of passengers and freight. The third and final depot building was constructed in 1917 at a cost of approximately $30,000.

In the mind 1970’s, after sitting empty for six years, the depot building was given a second chance. Concerned citizens felt the building should be preserved and its historical significance recognized. The property was placed on the National Registry of Historical Places on April 17, 1975. The City of Berea purchased the building for $17,000. The city council appointed a committee to plan preservation and renovation of the depot. A grant from Kentucky Heritage Commission in 1976 helped begin the restoration. Vandalism and lack of funding caused setbacks, but in 1987 the depot was finally able to reopen as the Berea Welcome Center.

For the next twenty-four years, staff and visitors enjoyed the beauty of this building, while putting up with the quirks of its aging heating, electric and plumbing. Hosting over 50,000 guests a year took a toll on the structure. A much needed renovation took place in 2011. The depot is now ready to begin its second century of welcoming guests to Berea.