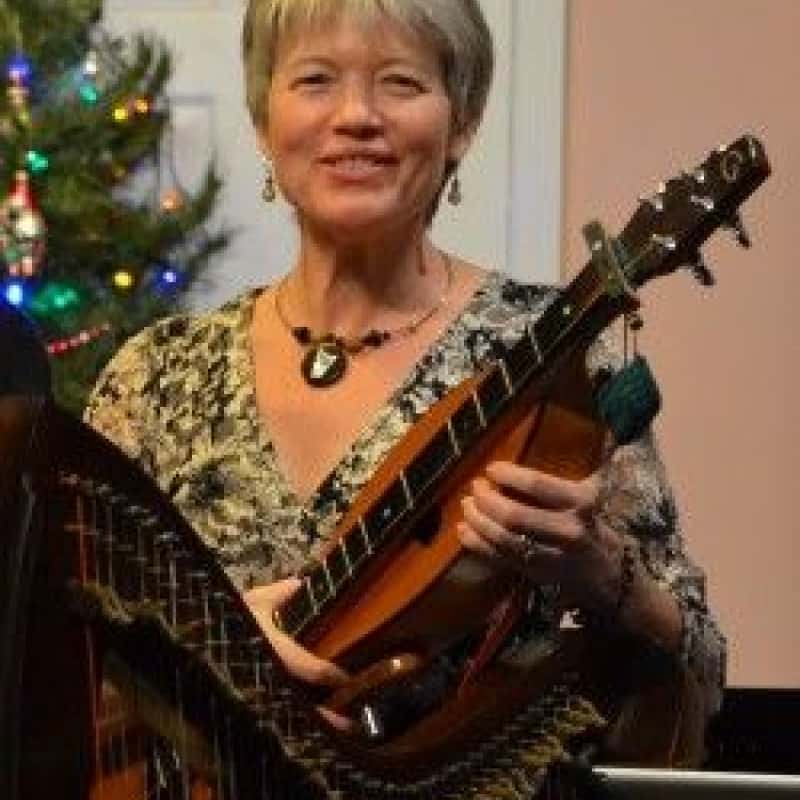 Performing on the Celtic harp and mountain dulcimer, Lorinda transports listeners to a place that reminds them of their ancestral roots. Her music encompasses the roots of American music from the ancient songs and dances of the Celtic lands to American old time music, and current folk idiom.

Lorinda grew up in a musical family in southern Kentucky, performing at an early age on piano and oboe. After earning a music education degree, she focused on folk music and added numerous stringed instruments to her pallet of offerings. She has organized, led, and performed with various groups throughout her music career, and continues to have the flexibility to offer programming for solo, duo, trio, and full ensemble performing genres from traditional music, to classical and popular tunes for weddings and receptions.

As a music therapist, Lorinda reaches populations beyond the concert stage through her work with the Music Therapy Services of Central Kentucky, the Kentucky Center For The Arts: Arts Thrive Directory and her private practice with older adults in residential settings. Through concerts, workshops, special programs, and retreats, Lorinda provides both entertaining and therapeutic music to diverse audiences.

Lorinda is a founding member of the Heartland Dulcimer Club and has volunteered with the non-profit organization based in Elizabethtown for more than 25 years, directing the ensemble and coordinating a nationally recognized annual festival. The Heartland Harp Ensemble is also her creation, a group of harpists performing in churches, hospitals, concerts halls and special events. In addition, Lorinda performs nationally and teaches both dulcimer and harp at music camps and festivals across the United States from Maine to California. She is the author of numerous instructional music books and her CD recordings have had nationwide airplay. Her Celtic Chamber Trio, na Skylark, has released Old Ceol, a CD of traditional Irish music on authentic Irish instruments with the addition of the American mountain dulcimer.

A reflection of Lorinda’s background in performing, music education, and music therapy, performances are informative and engaging whether on a concert stage, in a classroom, weekend retreat, wedding, or festival event. Audiences of all ages enjoy the “historic charm” of Lorinda’s music.