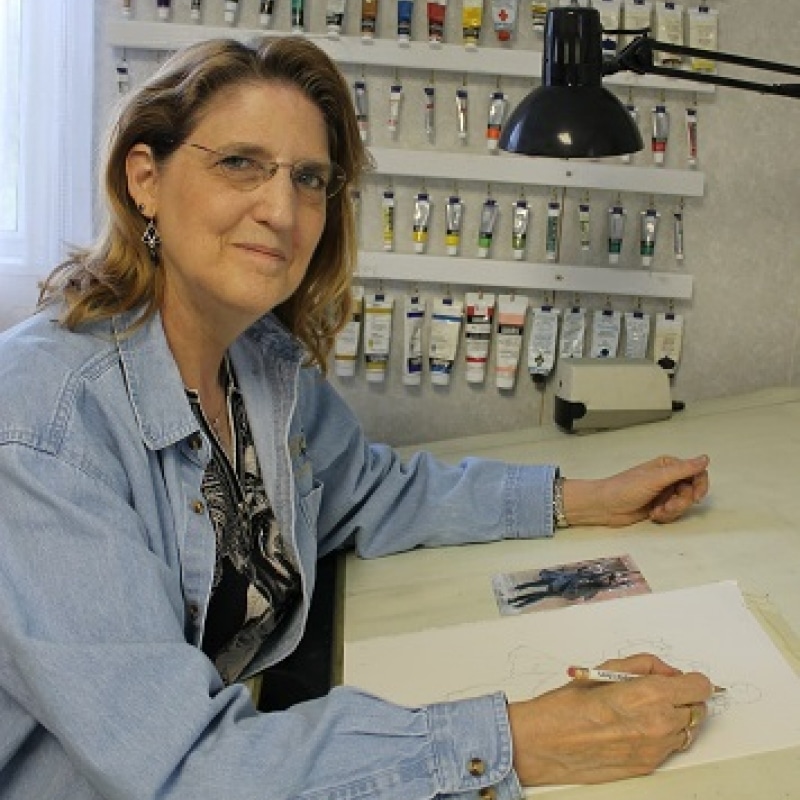 Born in Elkins, West Virginia, Carol Hilleary is a painter now living in Cross Lanes, West Virginia. Even though she has been drawing since childhood, Carol began her art training at Nitro High School in Nitro, West Virginia, where she started with a love for pastels. She went on to graduate from Glenville State College with a B.A. in liberal arts with a major in Art and a minor in English. Over the years she has explored various techniques and mediums.

Her work in pen and ink has been displayed at the Buffalo Museum of History in Buffalo, WV and the Cashtown Inn in Pennsylvania. Carol has training in watercolor painting through workshops with Lynn Ferris (2013, 2014 and 2015), Karlyn Holman (2016), Alexis Levine (2017), Mark Mahaffey (2018) and Jean Gill (2019). Her works has been displayed as the Artist of the Month at the former Pro Art, art supply store in Charleston, WV; during the 2015 Art Walk at the Charleston Ballet, and at the South Charleston Mount Arts and Crafts Festival in 2016, 2017, 2018 and 2019 where she won first place in the art category. Carol was guest artist at Gallery Eleven in Charleston in December of 2016 and has since been juried into the gallery co-op. She held a one person show of her watercolors from November of 2017 through January of 2018 at the Robert C. Byrd United States Courthouse in Charleston, WV.

Subsequently, several workshops have been taught each year since, including a six-week beginning and a six-week intermediate watercolor course.